I can’t remember how I became friends with Sara on Wechat, but she was one of those people consistently blowing up my Moments (like a Facebook feed) with modeling opportunities. I never really responded since I was too lazy to get headshots done, but one day out of what seemed like desperation, she messaged me asking if I wanted to go to a casting for a Tsingtao Beer commercial, saying if I got the part, I would be flown to Iceland for part of the shoot (the plot was meant to simulate our journey to the South Pole and Iceland was just closer and easier to get to). I was still confused if Sara was a real person or not, but went to the casting where I had to mutter some words into the camera along the lines of, “I can’t wait to take photographs with the penguins one day.” It wasn’t my best acting work, but two days later I received the part. The first part of the shoot took place in Shanghai, at the sceeviest bar they could have found. Myself, a polish girl and a French guy would be the back packers who were going to the “South Pole”. I had no idea what I would be doing until that night at the bar, but when I walked in, the room was filled with extras. This was apparently legitimate, and I still couldn’t believe it.

A few weeks later, I received a message that my tickets for Iceland had been confirmed..for the next day. Filled with trepidation and confusion, I just went with the flow, went to the airport, and checked into my flight. When the check-in lady handed me my boarding passes onward to Reykjavik, I knew it was happening. So I went through security and boarded the flight. 15 hours or so later, I was in Iceland. On top of all of this, I had forgotten to mention this trip to my work…

Because we were in Iceland in the dead of December, the period in which we could shoot was only 4 hours or so. After a day of exploring Reykjavik, picking up the producer, driving to the South Pole-esque glaciers, we finally began the shoot. I had one line, quite similar to the penguin one from earlier where I held up a beer to the sky. My part took thirty minutes, and while I nearly suffered from frost bite from holding up a cold beer gloveless, I was quite satisfied with my hours of work-to-pay ratio. This part of the shoot felt pretty unprofessional, and considering the commercial has yet to be found on my end, I now know why. Anyway, we spent the next day exploring the out-of-world landscapes and waterfalls of Iceland before boarding my flight back to Shanghai. 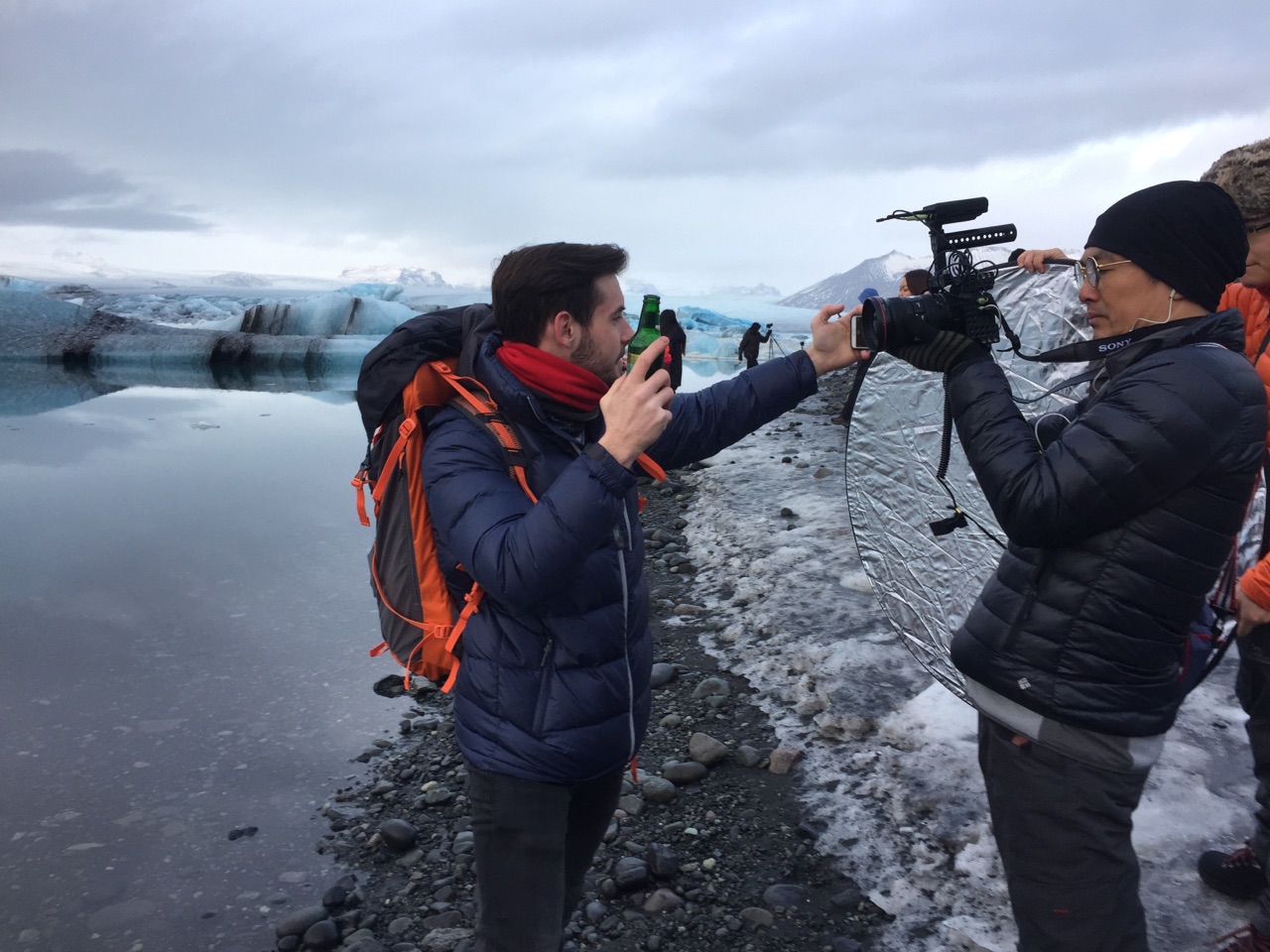 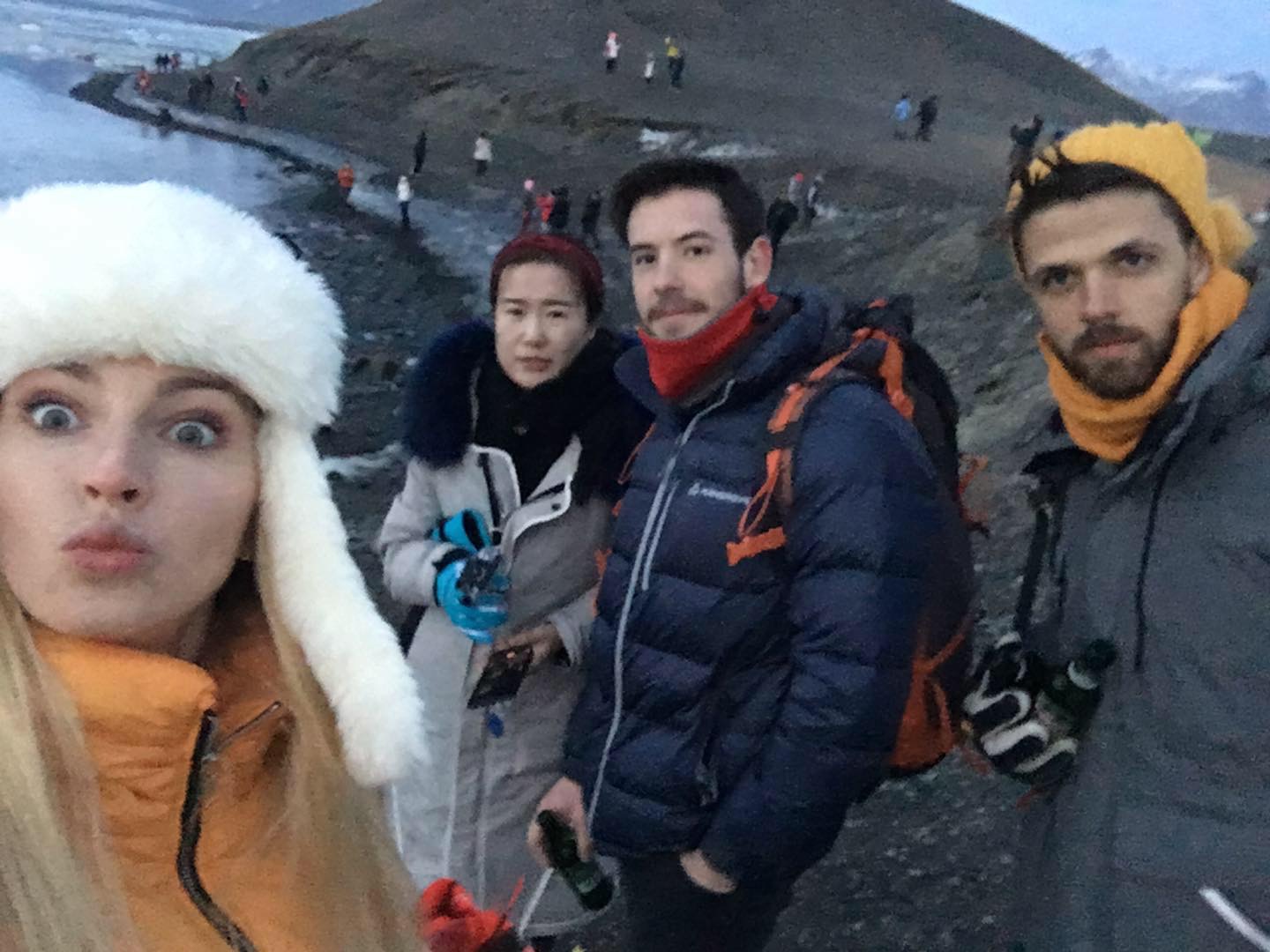 Back in Shanghai, the god of wechat, Sara transferred me over 5000 Rmb, not a single contract signed. The French guy told me I should have negotiated with her, so if it happened again, I knew what I needed to do.

Pretty sure my acting career would end there, sure enough Sara messaged me about two months later regarding a Vivo phone commercial shoot in Japan. I loved the last experience, but there was one problem with this one…it interfered with my flight to permanently move out of China! Pushy Sara mentioned the client had already chosen me and that the flights were being booked, and in a panic of “oh my god, I have so much to do before leaving China”, I called it off. Sara was not having it, and as time wore on she kept raising the amount that I would receive. When the numbers hit the amount I wanted and she booked my onward flight to the US, I finally agreed. Cutting my last days in China short, I boarded my flight to Tokyo.

As soon as I landed, I was transported with two actors from Taiwan to a room to be styled. Already, this one felt like it was going to be a bit more work, but I loved every moment. Who knew that styling a person could take so long, but after about 40 variations, I was finally done. The last outfit was the ugliest of all, so much so that I had to take a picture. Turns out the client liked that one the most, so that was my ensemble for the day of the shoot. 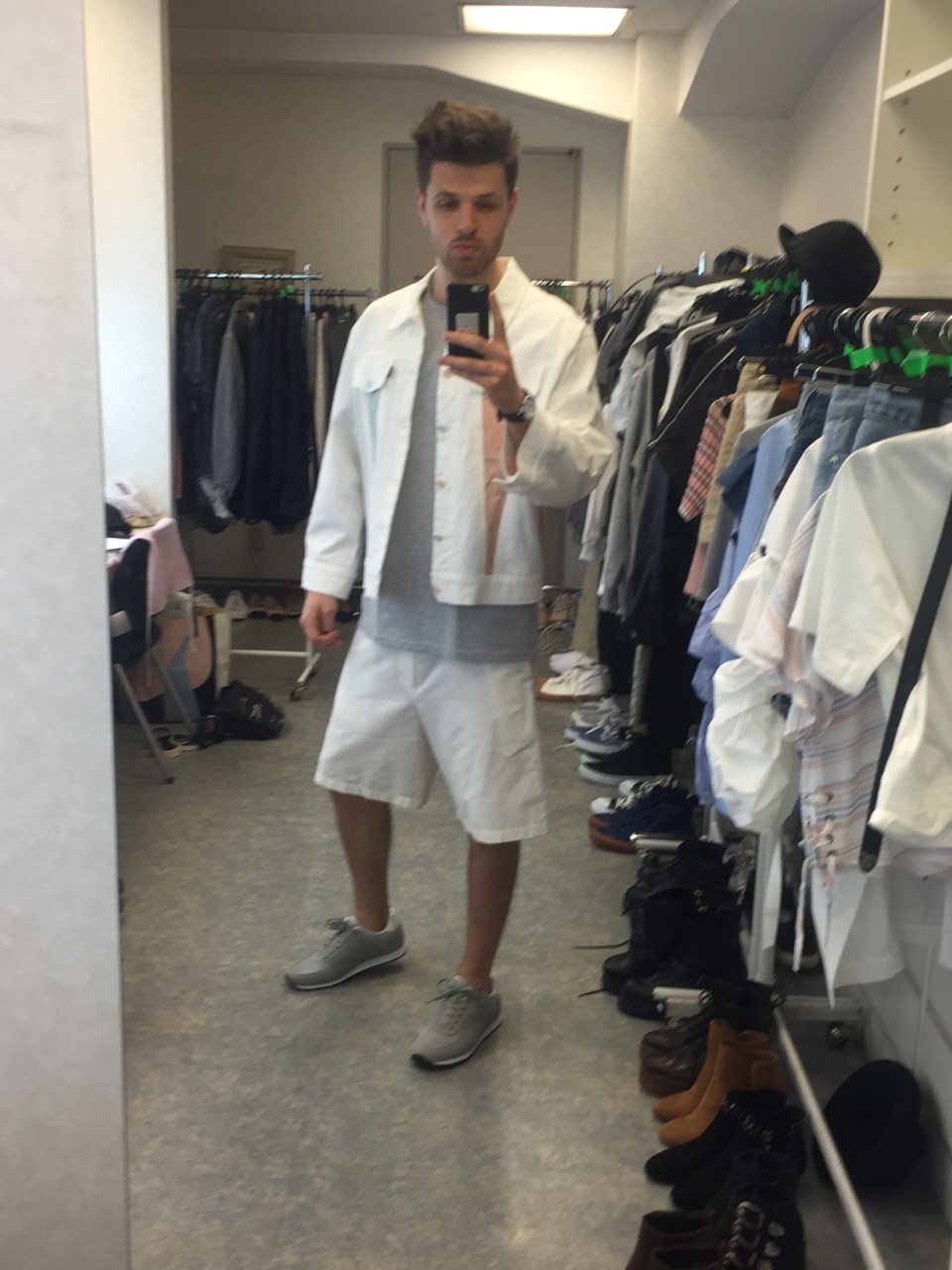 On shoot day, we arrived at 8 am to the studio where a miniature soccer field crossed with a pool table had been constructed. The plot was meant to be related to the World Cup. The day was full on and much more professional than the Iceland shoot, plus China’s second highest paid celebrity, Lu Han, was starring in the shoot. Having never heard of him, I did much better meeting him than I had with US celebrities in the past (I basically peed myself in fear meeting John Stamos of Full House). His hair and skin was absolutely flawless, and I couldn’t help but stare a lot of the time. The shoot was a mix of kicking around balls, putting my arms around the celebrity, fake high fiving. The best part: I didn’t have to say a single word. With the shoot being held for just one day, I had ample time to explore Tokyo, eat ramen, and bathe in my hotel’s Japanese baths.

Can you spot me? I totally got cut out of most of the scenes :P 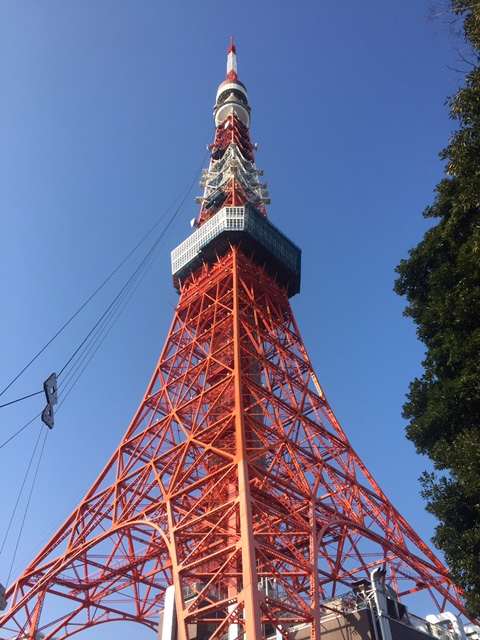 And with my flight out of Tokyo taking off to the US, my acting career for Chinese brands came to a close. But I will forever have these memories and Sara in my heart.

What to Do (and not) in Eilat, Israel

Eilat, Israel’s southern-most city, is a seriously strange place in every respect. It resembles a Las Vegas, with less…

The Good and the Bad Shit About China

China had me for a total of 4 years on and off. When I thought I would leave for…