China had me for a total of 4 years on and off. When I thought I would leave for good the first time, I ended up back there six months later. When I thought I would leave for good the second time, I got a tattoo…on my fragile ribs…of Chinese mailboxes (don’t ask me to explain) to commemorate my time there and walked off proudly. Then I came back again. This year in February, I decided that shit was getting old and got out again. It has been eight months since I have been sober of China, and while this is my longest stint without her, there is always the chance I could end up back there; and while I wouldn’t necessarily mind it, I would much rather go back for visits then long stays.

Here is a list of shit that sent me over the edge…followed by some good shit so that you don’t think that I am just complaining and entitled. China is a phenomenal place, with the pace of a jaguar on speed and an energy that can hook you in, but it is certainly not without its flaws. If you’re heading there though, just know that shit isn’t always good, but there is plenty of good shit to make up for the bad shit.

It always comes in two stages. There is the cringeworthy hack which sheds the lungs of all pollution-filled mucus followed by a high-velocity spit. Upon hearing stage one, my face wriggles up in disgust as I await stage two. The courteous will do it in a napkin, even the grass, but the more likely victim is a hard surface, where people walk over. No wonder it is customary to take one’s shoes off in a Chinese home.

I could eat Chinese for days (“the-non-oily-and-doesn’t-give-me-the-shits” kind and not the “is-this-dog?” kind). The variety is incredible and can I just shout to the heavens…dumplings! Fried or boiled, boiled or fried…put them in my belly. Depending on where you are in the country, the food can be a totally different experience. My one piece of advice though: avoid Sichuan hot pot…or eat it and just have a good toilet ready for the aftermath. 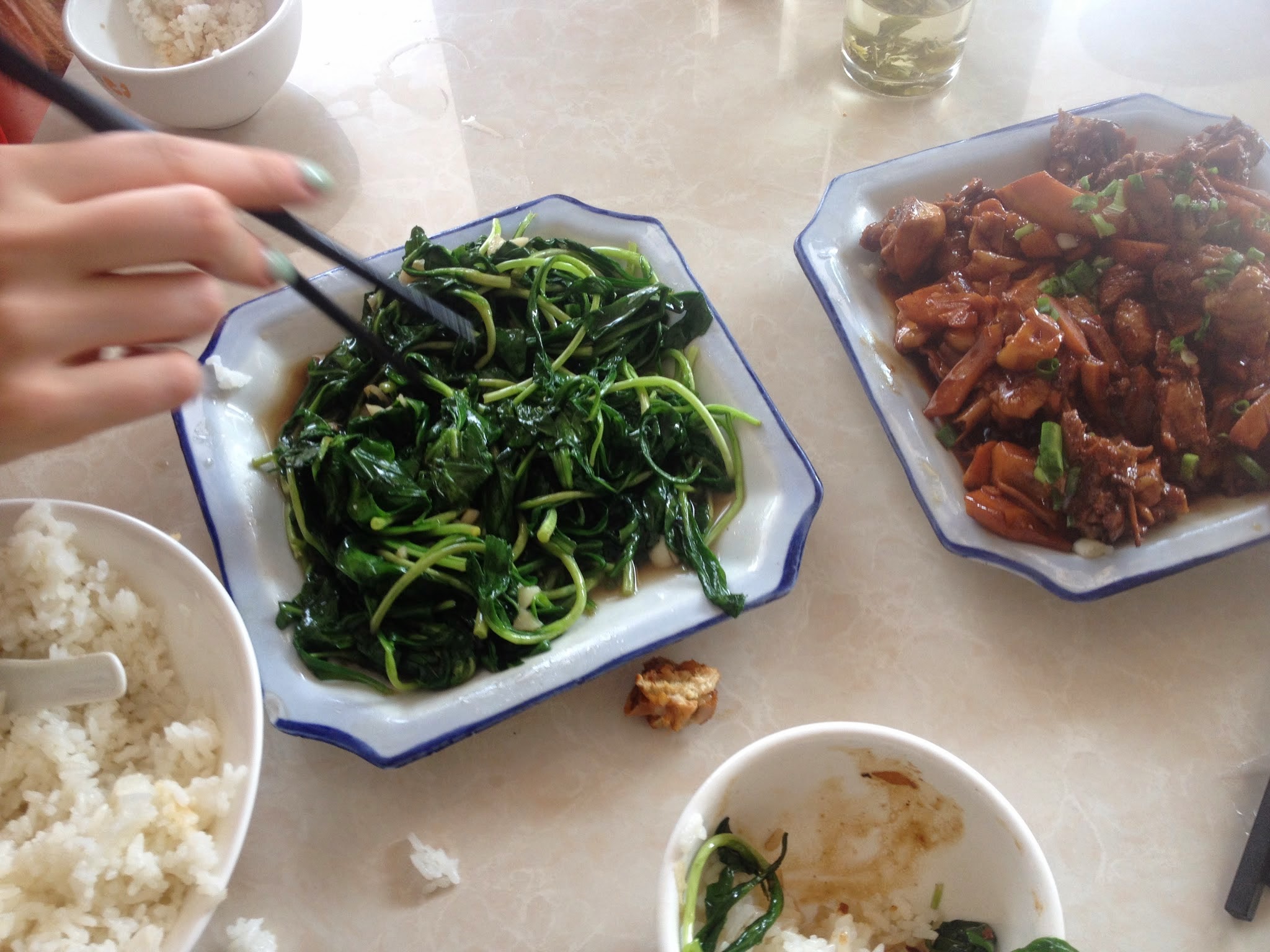 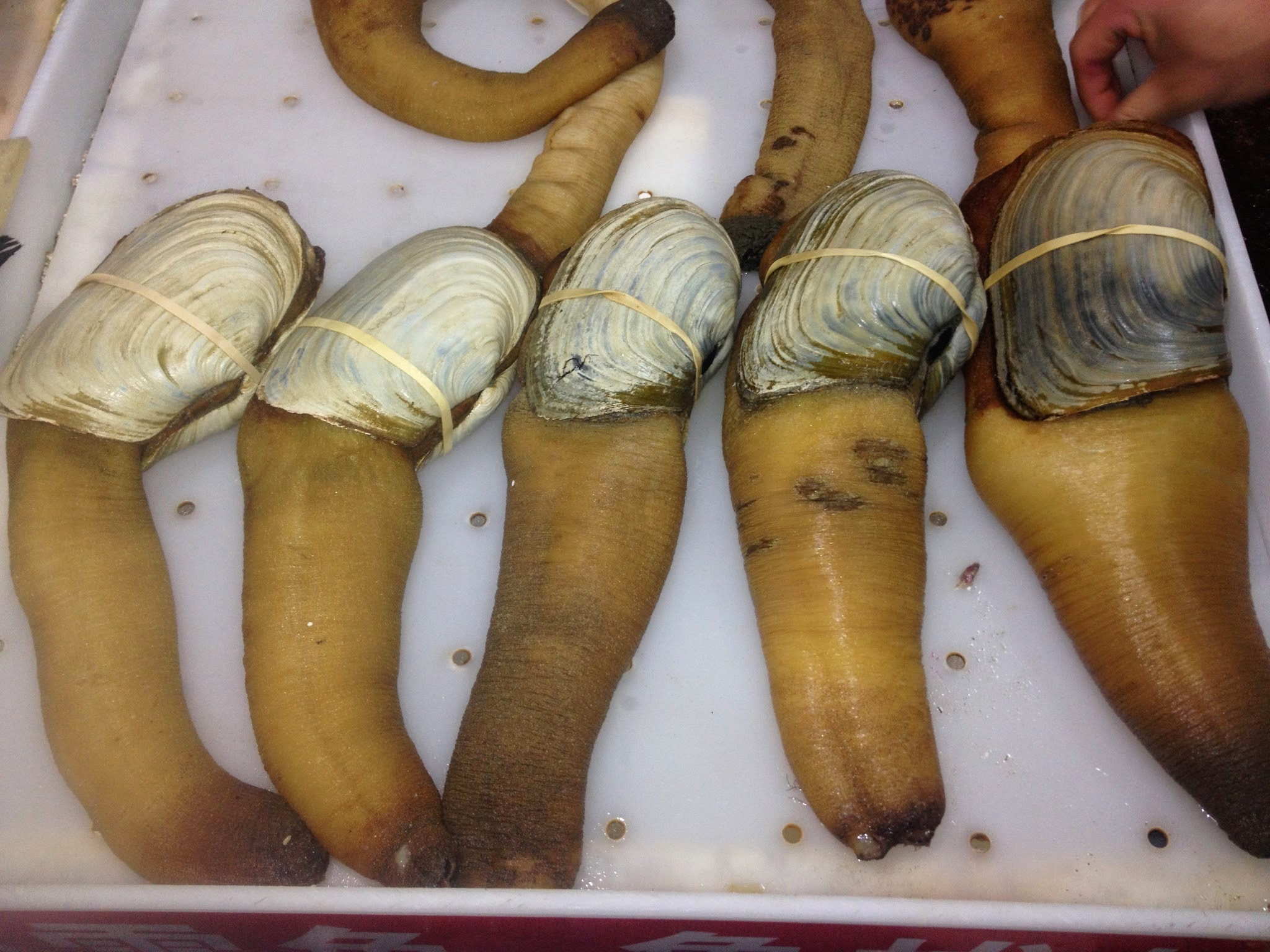 China is growing in ways that the rest of the world can’t fathom. This includes technologies, which are branching off in directions that are almost scary (including AI surveillance of its citizens). Another repercussion is the sheer disconnectedness one feels when he or she walks the streets, as everyone is consumed in their phones flicking through their WeChat moments. While this is everywhere, this is especially rampant in China, where in some places they had to put in freaking walking lanes for people on their phones. That is not okay and a true representation of our trashiness as humans.

Moreover, when I would attend work meetings, nobody would talk to one another as we waited to begin. Instead we would sit their like hunchbacks over our phones thinking that whatever we were doing was more important than human connection. The bane of all existence though was at dinners and bars when people would sit at the table and it would be socially acceptable to start messaging someone else on the phone or even worse, taking the extra step of logging into a VPN to then scroll through Insta or Facebook. Now living in Germany, even the notion of having a phone on the table is considered rude, and I wholeheartedly agree.

The pace at which technology is growing in the country is building a sense of soullessness. Again, while this is a trend everywhere, I never noticed it more than I had in China.

Therapy isn’t common in China, and while I can’t be sure why, I think KTV has something to do with it. As if I don’t talk about it enough in my other articles, this is a place where you can rent your own room for the sole purpose of singing along to your favorite Shakira hits. I spent five hundred too many drunken nights in those rooms getting caught in a black hole of nostalgic 90s songs. Nobody leaves KTV feeling sadder than when they started. 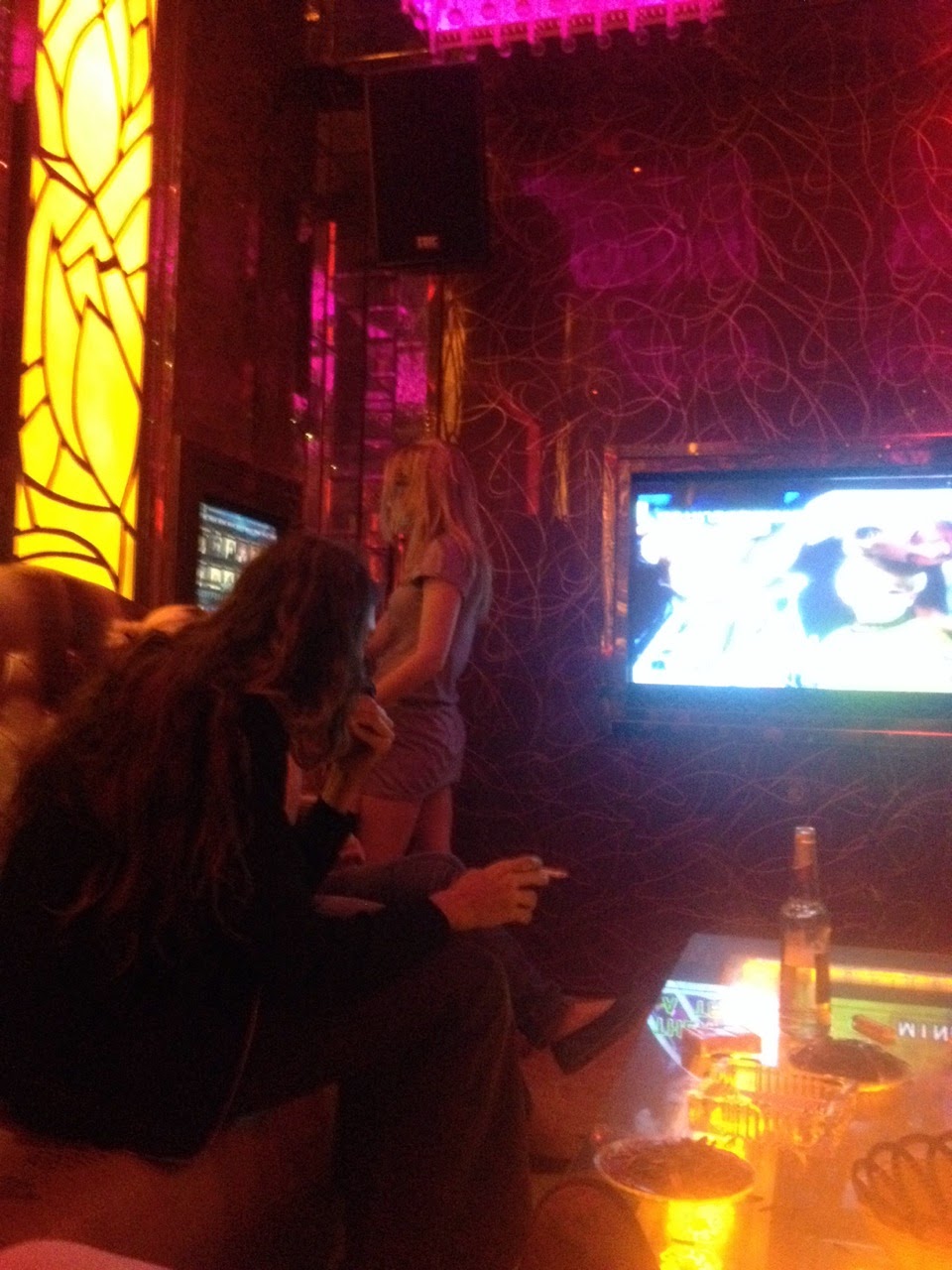 tbt that time I ended up in KTV with Gandolf

I grew up in one consumerist nation and shipped myself off to another. And with web platforms like Taobao and eleme, getting any product or food delivered to you in a matter of minutes is possible. This sounds amazing, right? But what this means is people wanting more, and not getting off of their asses during the day at all to get it. Add to that the over-packaging (why do you need that much cardboard and plastic) and this is where I draw the line and say “nope”. I won’t even mention the pollution, which is another side-effect of all this greed. 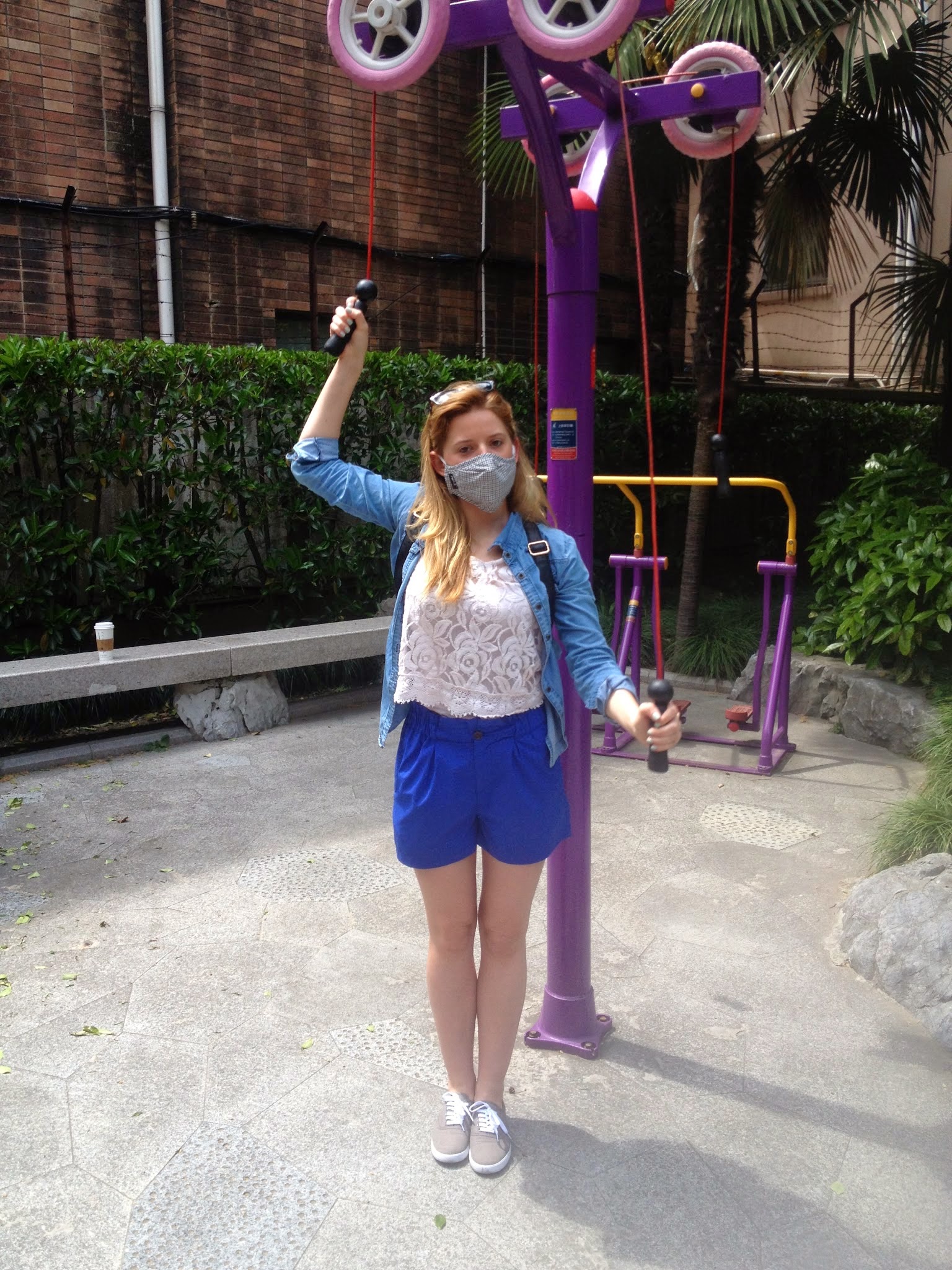 When you trade things for experiences, China boasts some of the most gorge sites out there. Xinjiang and Yunnan provinces take the cake for me and I often find myself dreaming of the diversity of the big cities, to the sprawling plains, to the majestic mountains all across the country. I do find it strange to sometimes have to pay to enter places such as villages, but no matter what, you are bound to have a unique journey when galavanting through China. 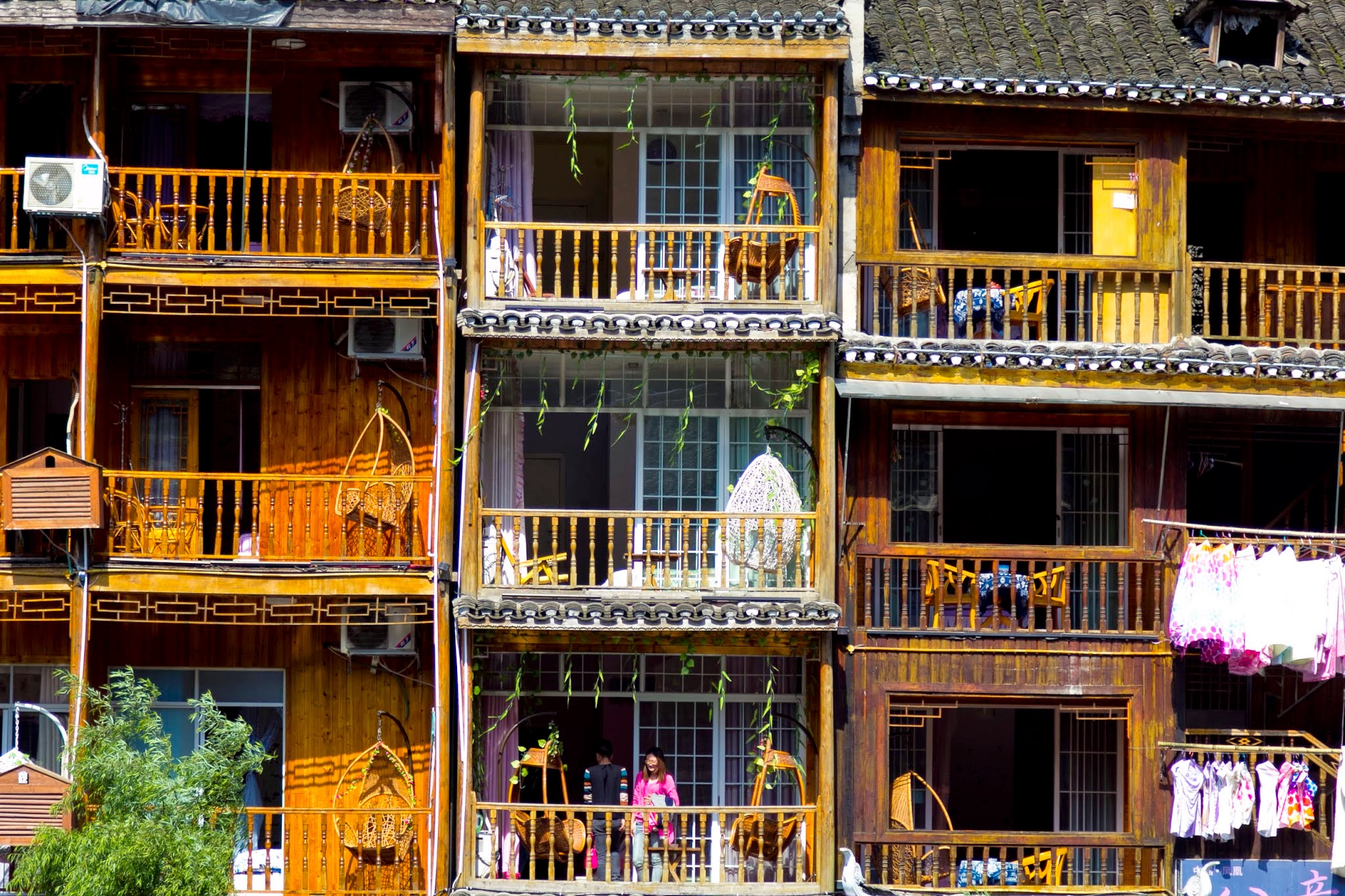 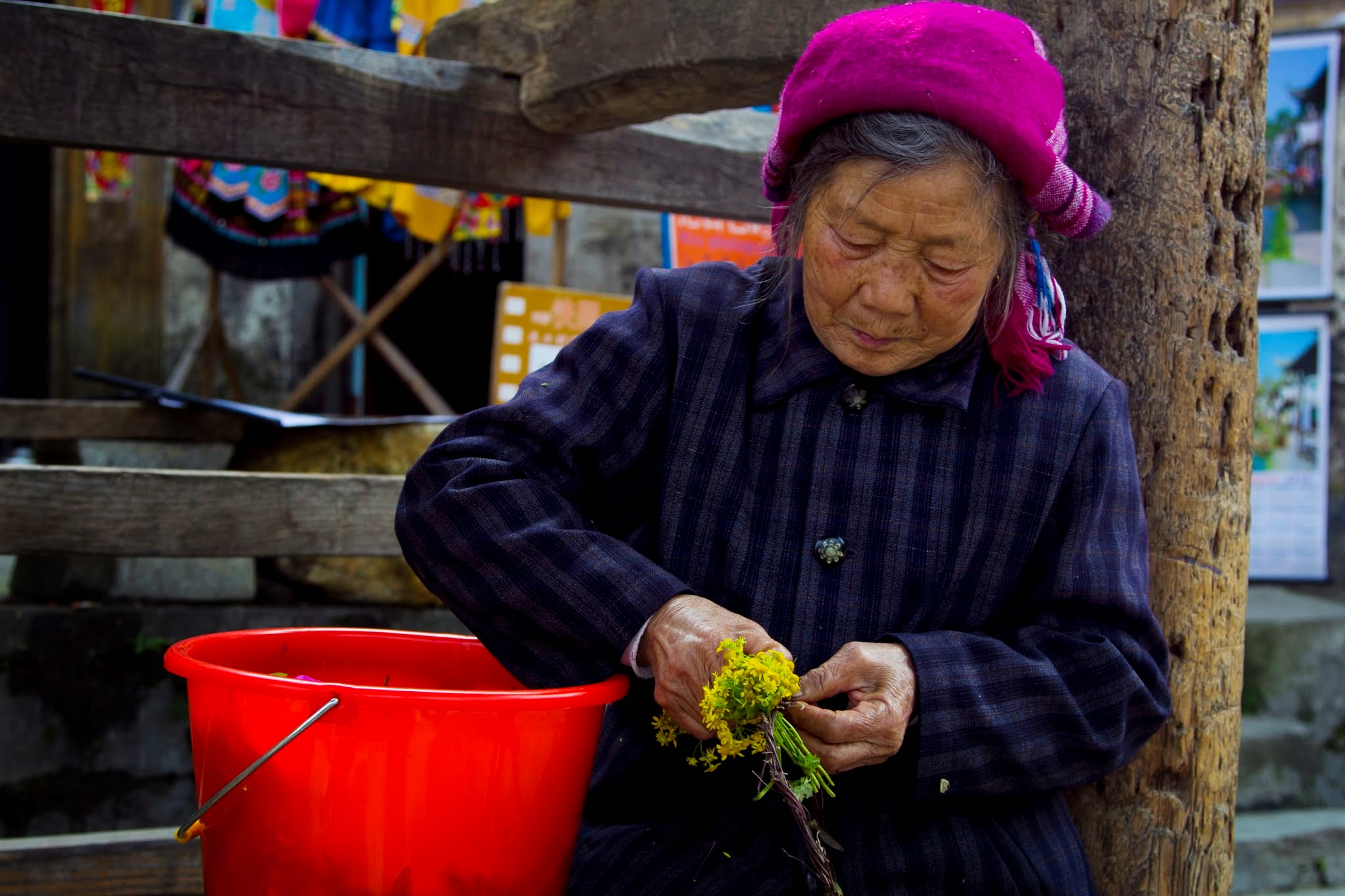 Western toilets are becoming more and more ubiquitous, but I have encountered my fair share of squatters and handled them like a drunk ass mother fucker trying to walk on a tightrope, nearly falling in every single time. While locals have the squatting muscles from Day 1, I could never seem to get in the comfortable position to do my business. But, it is healthier for you, so I started not to mind it.

What crossed the line was the sheer dirtiness of some of these places. Lots of malls and restaurants would have stalls overflowing with poopie tissue, cigarette butts, and all kinds of bodily juices. When you gotta go, you gotta go, but some of the toilets are a true disaster. Fortunately, the company I work remotely for in China is helping to change that.

The Special Treatment of Being a Foreigner

Yeah, the random photo opps you hear about with an entire Chinese family and their tie dyed dogs on the subway are true, and while this isn’t particularly enjoyable, there are other aspects to being a foreigner in the Great Land of China that have me wishing I was still there. Take the time my friend Hannah and I walked by a club and before we knew it we were being served Moet bottles for free just so the club could have a foreign presence. Take the other time I made 1000 RMB in 15 minutes for doing an English voiceover or the time I was sent to Iceland and Japan as a model (for sure the shittiest of models). It has its perks being a foreigner in China, and while I think China is acclimatizing to foreign presence, it still is in its prime to head there and check it out. 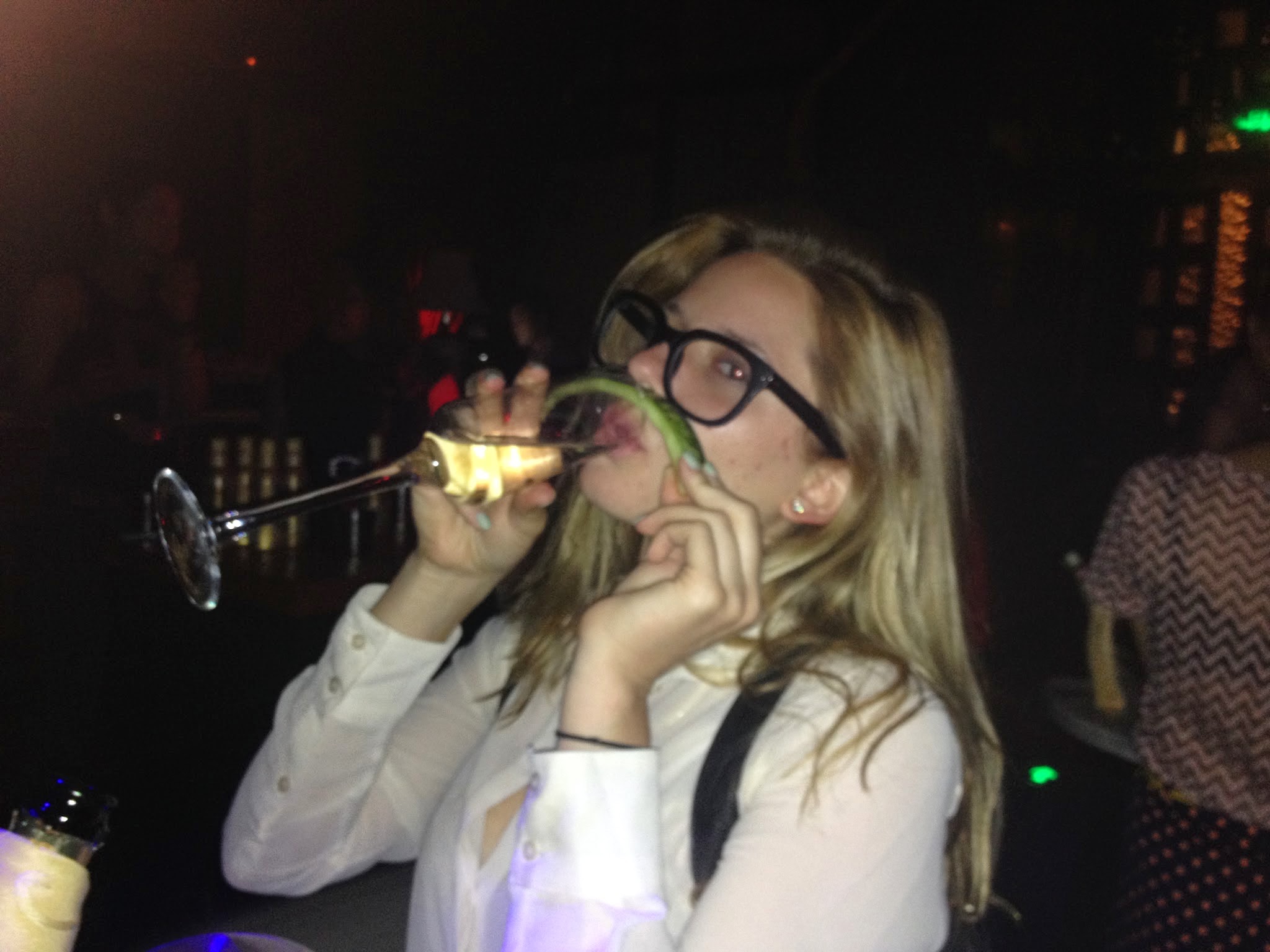 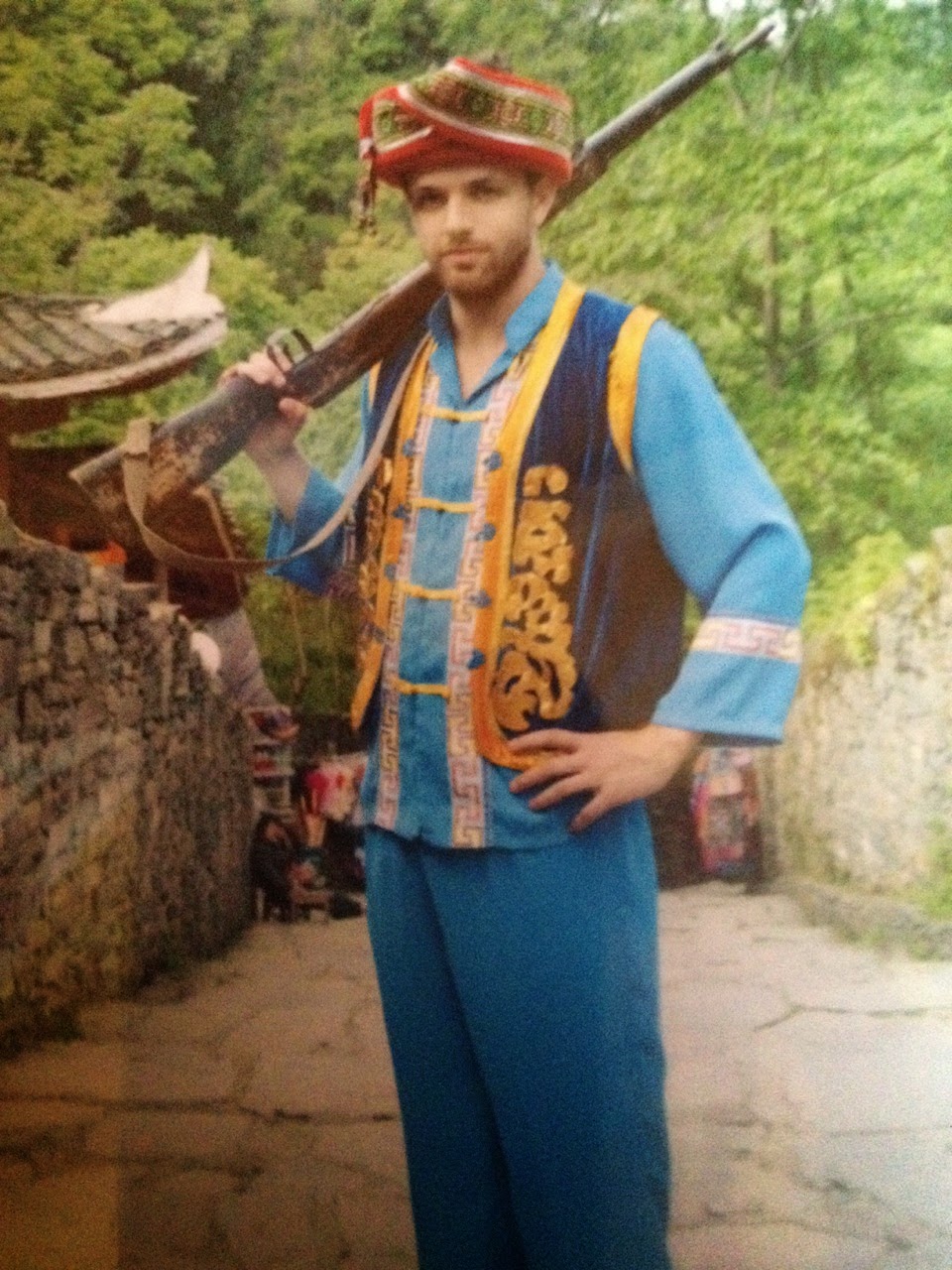 tbt that time we became amusement park attractions without meaning to

At one point during one of my China stints, I must have had the same commute as a zillion other people. There I was each morning and evening pushing my way through the crowds to try to get on a metro where I could actually taste the breath of every person in the vicinity. The most populous country on our globe is exactly what China feels like. It is easy to feel like a number or cattle when in China.

While travel in China is on my list of Good Shit, it has its limitations and if you happen to be traveling to a major tourist attraction, expect swarms of locals wearing sheep-covered pajamas and high heels.

While I just complained immensely about the people, there is a caveat. Some of the people I have met in China have been the best in the world. Whether it be my old Chinese family, the man who ran the coffee shop/bar with the horribly fake gin down the street, or the woman at the soup kitchen on the corner who thought it was okay to give me chicken feet with my soup dumplings, Chinese people are extremely hospitable and the kindest I have met in the world. I miss my friends there dearly and definitely took that aspect for granted.

The Good and Partially Bad Shit

Say what?! Shouldn’t this be solely on the Bad Shit list? A language with a zillion characters and tones? I guess if I hadn’t taken the time to learn a bit, it would have most assuredly been on the bad shit list, but in the end it is a fascinating language with steep historical roots, without strict grammar, lots of fun and naughty words to say, and learning it helped me to foster stronger friendships with the people around me. But if you asked me to write a character from memory, I would just look at you with a death stare.

So while I eventually quit China, I look back and realize how the mix of all the Good Shit and the Bad Shit sculpted some of the best memories for me. In the end, it is important to just accept the nuances and go along for the ride. Either way you are going to love the weird shit, good or bad, that you get up to in China.

I can’t remember how I became friends with Sara on Wechat, but she was one of those people consistently…

2018 has been an absolute shit show, but that isn’t necessarily a bad thing. I mean if you are…